Mitragyna speciosa is a plant native to Southeast Asia, traditionally used by local populations to improve their performance and endurance in hard work such as sowing the soil under the hot tropical sun or as an analgesic medicine against aches and pains. Kratom is considered native to Indonesia, Thailand, Malaysia, Myanmar, Cambodia, Papua New Guinea, Laos, Vietnam and the Philippines.

Although endemic to that region of Asia, kratom can grow anywhere that offers plenty of warmth and water year-round, such as in equatorial and some tropical areas in Africa, South and Central America.

Today, Indonesia is the leading kratom exporting country and it is estimated that about 85-95% of all kratom sold in the United States comes from there, where about 15-16 million people consume it. However, the Indonesian government is considering a total ban on kratom in the country.

Although it is a complex game to understand, in Indonesia some parties accuse the FDA (U.S. Food and Drug Administration) of pressuring the local government for its ban. The U.S. agency denies it, but let it not go unnoticed that in the U.S. it has gone to great lengths to demonize kratom, treating it as if it were a dangerous opiate out of control and bowing to pressure from big pharma and its interests.

“While the vast majority of developing economies are looking to recover from the negative economic effects of COVID-19, Southeast Asia has a precious option to be explored.”

The vast majority of Indonesian kratom plantations are in the province of West Kalimantan and to date its cultivation and export remain legal. Its prohibition would directly affect the income of hundreds of thousands of families who make a living from it, in addition to disrupting the plant’s export chain.

Perhaps countries that have not outlawed kratom, such as Vietnam, could take advantage of the situation. In the Philippines, kratom is also legal, but Rodrigo Duterte’s government has been accused of crimes against humanity in its war on drugs – especially cannabis – since 2016 and therefore it seems unlikely that the development of large-scale kratom export would develop without major conflicts. Papua New Guinea, instead, could benefit from the situation if the government were to promote the country as an exporter, although there are too many players and interests involved to make any prognosis.

In Malaysia, it is forbidden to plant and export kratom, but being a native plant used for centuries or perhaps millennia, its use as an analgesic remains traditional in the countryside. In Cambodia, although legal, there are reports of kratom being seized by authorities. In Myanmar, kratom is illegal, and after this year’s military coup and its de facto civil war, there is no prospect of any improvement or change.

Thailand has one of the most interesting situations regarding kratom: after its ban to benefit opium production and export in 1943, thousands of people were imprisoned for something that had been part of their tradition for millennia. In the mid-2010s, its legalization began to be discussed and, finally, in 2021, its production, sale, consumption and the release of all prisoners who had been imprisoned for their relationship with the plant were fully approved. It remains to be seen whether its future as an exporter will also be viable.

Southeast Asia offers different realities in relation to kratom. If treated honestly, the production and export of the plant can add much to the local economy, as is already the case in Indonesia, which is now under threat. While the vast majority of developing economies are looking to recover from the negative economic effects of COVID-19, Southeast Asia has a precious option to be explored. 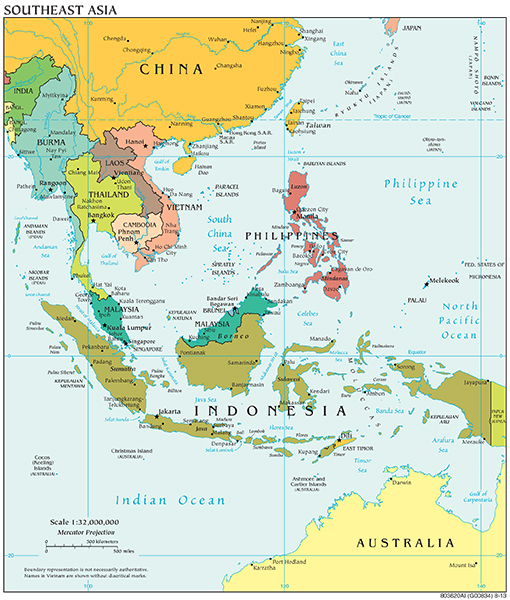 Southeast Asia and kratom: a natural and traditional relationship