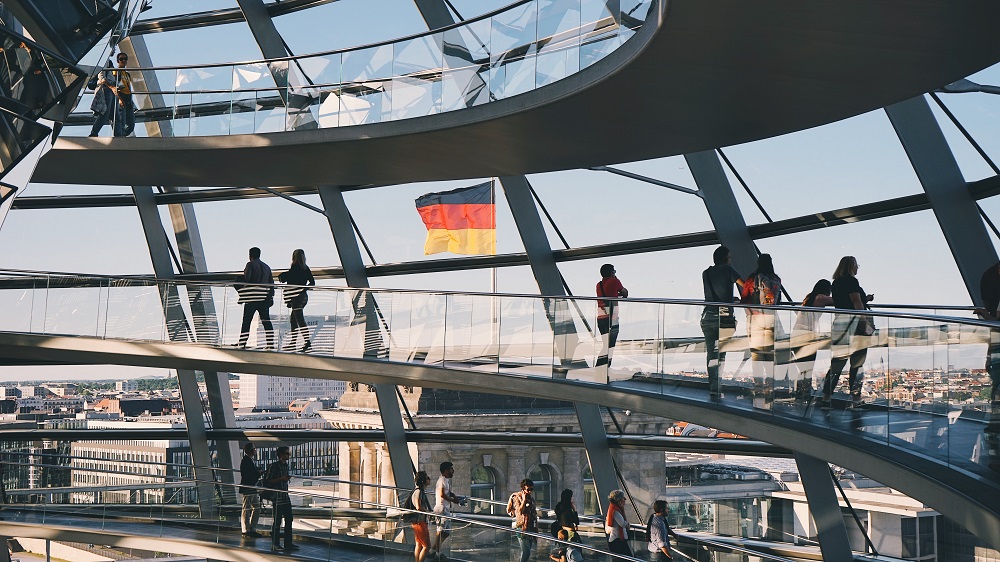 Kratom has exploded in popularity over the last few years in the United States. Countless stories, legislative battles, and advocacy groups have grown out of this movement. In fact, there are now over 15 million consumers of kratom according to the American Kratom Association.

Michael Carr, of Jacksonville, FL, credited kratom with helping him stay off of benzos, painkillers, and other prescription drugs. “I deal with anxiety and depression,” he said. “I have fibromyalgia so I deal with pain. I have post traumatic arthritis in my collarbone so I take [kratom] for that as well. Mainly, anxiety and pain. There’s a whole slew of other things it helps with. So it’s kind of an all-around perfect plant.”

While there are countless stories in the US, many in Europe are just starting to discover what kratom has to offer. So why is there a sudden boom of interest in Germany?

Kratom certainly isn’t a new plant despite its recent rise in popularity. In fact, it has a long history of medicinal use in Southeast Asia, particularly in Thailand or Malaysia. In 1930, botanists I. H. Burkill and Mohammed Haniff reported in the Cambridge Journal of Asiatic Society that kratom had also been effectively used as a harm reduction tool for opiate users throughout the nineteenth century.

“There is a really large chapter about the history of kratom from the discovery of kratom by the first European explorers to the present day,” he said. “I have used some of the diaries of Pieter Korthals (the discoverer of Kratom), I was in contact with a lot of museums and have used quite a bunch of very rare books to back my findings.

Europe certainly feels like a fresh market for kratom to grow. While many countries across Europe adopt new trends at different rates, Germany seems poised to give kratom a try. “As far as I know there are no official numbers on how many people use Kratom [in Germany],” Netter said. “But recently, I noticed a significant rise in the number of kratom vendors and postings about kratom in social media.”

Netter also looks towards interest in his book as a signal of where kratom is headed in Germany.

“If you take my book as an indicator, I assume that three years ago no publisher would have accepted the manuscript because kratom was so [unknown] – and now we have sold half of the first edition just in pre-sales, even before the book was delivered to the bookstores.”

But is it legal?

Yes, kratom is currently legal in Germany. However, vendors are not allowed to advertise it as a product that has any medical or cosmetic value. While there is some concern that Germany may go after kratom in similar ways to the US and UK, there are many reasons to stay optimistic.

“So far we luckily had no deaths or accidents in association with Kratom that became largely public,” Netter notes. “As soon as that changes there will be bad press – same happened to Salvia divinorum some 10 years ago.”

Fortunately, there is also an attempt to create a Kratom Association comparable to the American Kratom Association. This would allow advocates and vendors in Germany the opportunity to gather funding and be prepared to protect the free and fair use of kratom which has helped millions already.

Despite this fear, Germany has a much better perspective on drug use and policies. “The general situation is that the consumption of any substance is legal,” Netter said. “Which means that one can go to the hospital to treat an overdose without having the fear of being arrested.”

It is clear that unlike some of the draconian drug laws in the United States, Germany and many other European nations favor rehabilitation over criminalization. So what would it take for more countries to adopt a radical drug policy like Portugal? Since it decriminalised all drugs in 2001, Portugal has seen dramatic drops in overdoses, HIV infection and drug-related crime.

With such an effective drug policy in place, could kratom be the perfect plant to help people suffering in Portugal?

Interview with Dirk Netter, author of the first German book about kratom